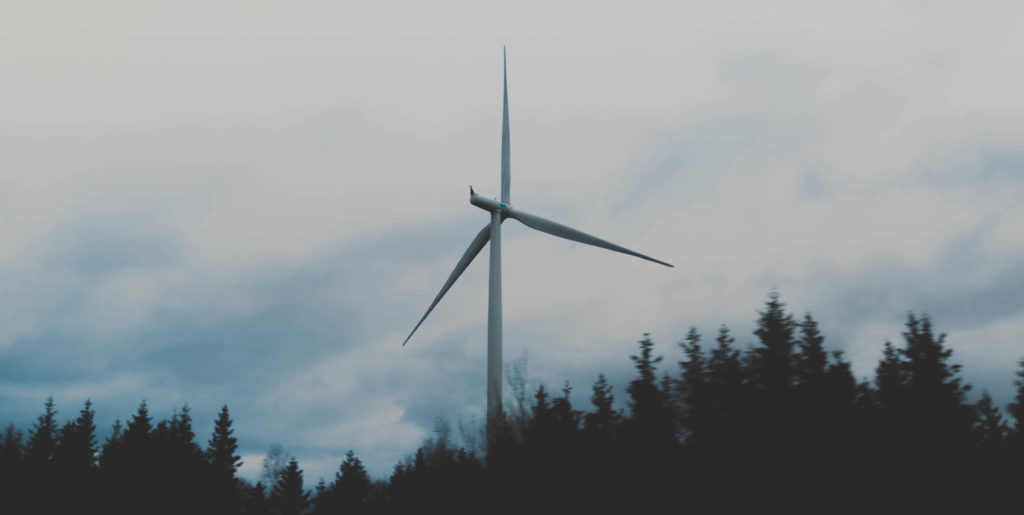 Sweden is comparatively far ahead regarding the use of renewable energy. The target that 50 per cent of the total energy production should stem from renewable sources was passed already in 2012, and in 2018 the total share of renewable energy amounted to 54,4 per cent. Several factors have made it possible to replace fossil energy sources with renewables in Sweden. Not least have regulations such as energy taxes and electricity certificate system encouraged the development of renewables.[1]

A clear example of the Swedish wind power trend is the establishment  of the project Markbygden 1101, outside of Piteå. The project is developed by the company Svevind AB which has secured and possesses all licenses. The development is massive and will, when it is ready, be Europe’s largest land-based wind power park with an area of 450 km2. The establishment is executed in three stages and will, when stage 3 is fully developed in 2026, consist of around 1000 wind turbines.

To get a sense of how large scale this establishment is it should be mentioned that Markbygden 1101, when it is completed, will have the capacity to produce 10-12 TWh which corresponds to around 6-8 per cent of Sweden’s total energy consumption. The investment volume for this project is estimated to between 60-70 billion SEK.

The wind power project Markbygden 1101 is set to reduce the carbon dioxide emissions with 8 million ton per year compared to electricity production from coal. Apart from Svevind there is several other actors involved in the project like the turbine manufacturers Enercon and General Electric, as well as a number of financiers. All three stages are currently in establishment and construction, and approximately 600 people are working at the site.