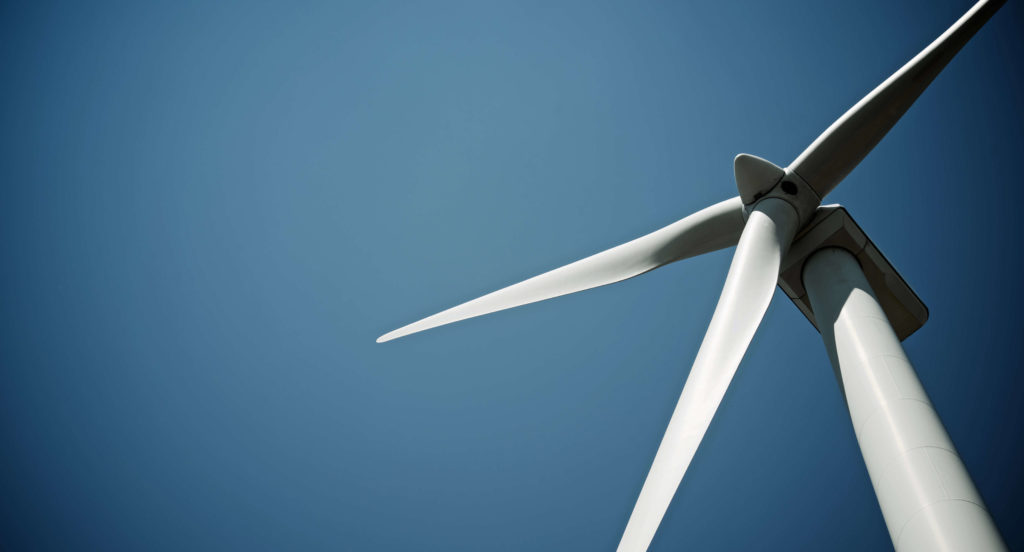 Large investments in renewable energy are necessary to meet increasing energy needs in an environmentally sustainable way. According to global management consulting firm McKinsey’s latest energy report[1], many countries will reach a breaking point within five years where investments in renewable energy will be more cost-effective than investments in conventional fossil energy sources. Specifically, wind power and solar energy is estimated to account for almost half of the global energy capacity in 2035.

An increased global need for wind power is primarily driven by the two giants when it comes to energy production; China and the United States. China is the world’s largest wind power market both in terms of new and existing plants. In 2018, 20.2 GW of onshore wind power and 1.6 GW of offshore wind power were installed in China, representing 44% and 37% of global market share respectively.

The Chinese investment in wind power seems to be increasing further, and we will probably see a boom on land-based wind power over the next one and a half years in the Chinese market. It is estimated that plant levels will be at 25 GW in 2019 and 28 GW in 2020. Such a boom can be explained by political decisions to move towards subsidy-free land-based wind power, which is another proof that this type of energy has become very competitive[2].

Even in the US, the construction of wind turbines is increasing and reached a new highest level during Q2 2019. In total, a wind power capacity equivalent to 42 GW is in the pipeline, which means that it is either being built or is in the late stages of planning. This is an increase of 10% compared to 2018. In total, the United States has a wind power capacity of 98 GW distributed over more than 57,000 turbines in 41 states. Specifically, major turbines with a capacity of more than 3.5 MW are being invested, largely because innovation and development have led to lower costs and increased performance[3].

In Europe, where Germany accounts for the largest share of wind power with a total capacity of 59 GW, an ambitious initiative to recycle turbine blades has been launched. It is the European Composite Industry Association (EuCIA) together with the European Chemical Industry Council (Cefic) and WindEurope that have joined forces to increase the circularity of the wind power industry. Of the 130,000 turbines in Europe, it is estimated that about 12,000 will need to be dismantled in the next five years because they have reached their maximum service life. The chemistry industry plays a major role in managing the waste from old wind turbines and being able to recycle them to produce new high-tech wind turbines, as demand will continue to increase in the European market as well[4].